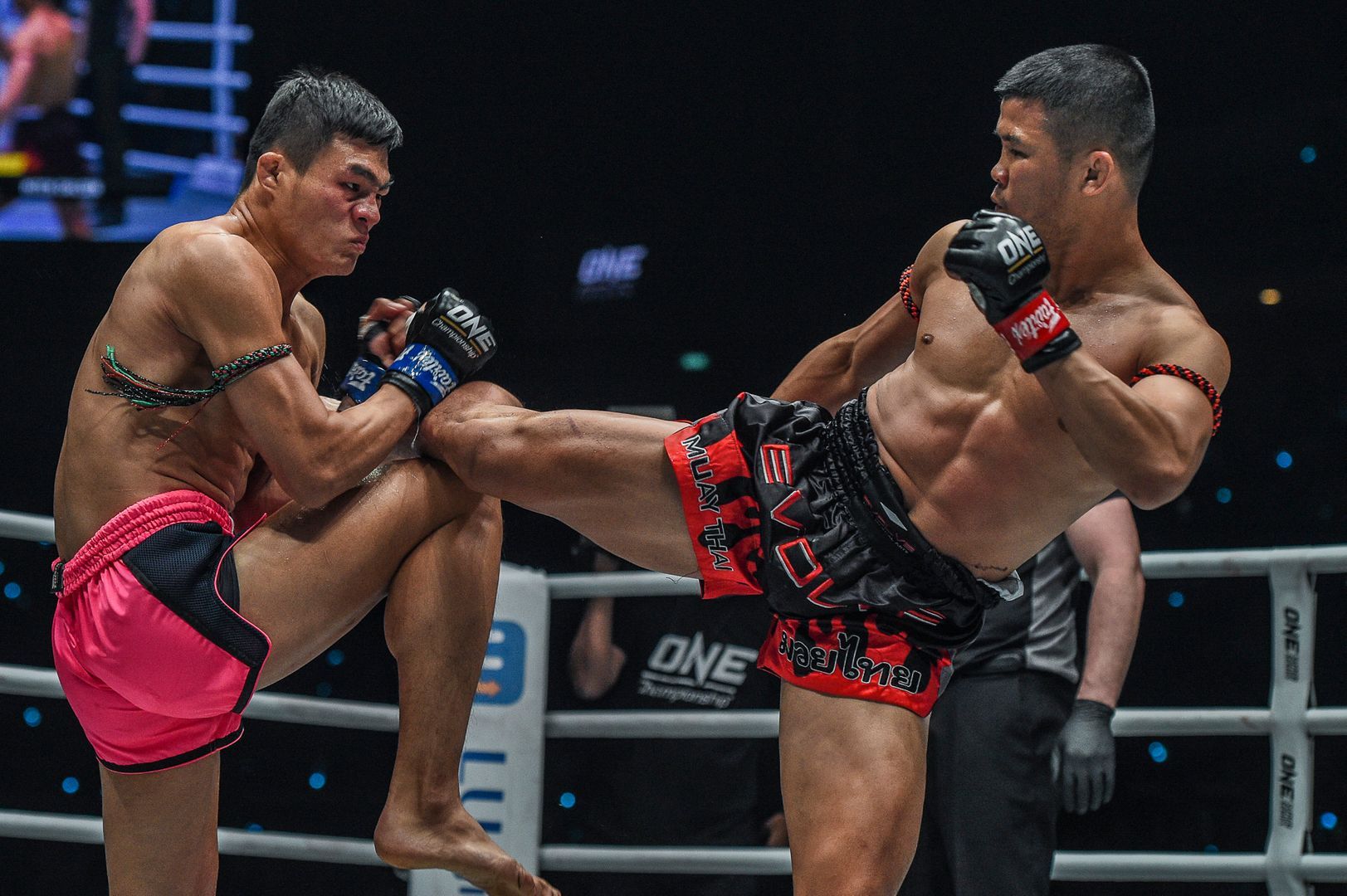 With ONE Championship’s arrival at Lumpinee Stadium now confirmed, fans can look forward to some incredible matchups at one of the world’s most iconic martial arts venues.

The stadium in Bangkok, Thailand is famous for showcasing the best of the best in Muay Thai – but ONE will offer much more when the weekly events begin in January 2023.

While local fans in attendance will no doubt see some of the best Muay Thai stars in action, the world’s largest martial arts organization has something new to offer as well.

With that in mind, here are five fights we’d love to see when ONE Championship opens the new partnership at Lumpinee Stadium next year.

As a four-time Muay Thai World Champion at Lumpinee Stadium and multiple Fighter of the Year at this famous venue, legendary striker Nong-O Gaiyanghadao would return with open arms.

The reigning ONE Muay Thai World Bantamweight Champion has crushed all his opponents since joining the promotion, but No. 1 Saemapetch Fairtex feels poised to make another attempt against the King after an unsuccessful first attempt.

Both men are heavy hitters with heavy punching power that seems to only get more dangerous as time goes on.

Their encounter would make for an explosive presentation of the Thai national sport – before a partisan crowd and a worldwide television audience.

Stamp Fairtex and Janet Todd shared the spoils in both of their encounters, so it would give their rivalry a great platform if they came together in a trilogy match in front of Stamp’s home fans to reach their crescendo.

Stamp won her first ONE Atomweight Muay Thai World Title fight in 2019, but Todd dethroned the Fairtex star to claim kickboxing gold in their 2020 rematch.

Given the venue, it would be fitting that their rubber match would fall under Muay Thai rules, and with “JT” recently becoming ONE Interim Atomweight Muay Thai World Champion, there could be gold up for grabs as well.

#3 Rodtang vs. Superlek or Panpayak

Rodtang Jitmuangnon is a fan favorite wherever he competes and the rampaging ONE Flyweight Muay Thai World Champion would draw a passionate crowd closer to home.

“The Iron Man” had to pull out of the semifinals of the ONE Flyweight Muay Thai World Grand Prix, but that paved the way for the awesome Panpayak Jitmuangnon to step in.

Panpayak then knocked out Savvas Michael to secure his spot against Superlek Kiatmoo9 in a tournament final that will feature two multiple Lumpinee Stadium Muay Thai World Champions.

Any man would be an exciting challenger to the reigning king of the division. Rodtang and Panpayak would have to forsake their team allegiances and go to war, while many believe that Superlek is The Iron Man’s biggest threat.

Either way, it would make for a fascinating scuffle.

Why not celebrate ONE’s unique ability to offer the best of multiple martial arts disciplines by pitting two reigning world champions against each other in a special rules Superfight?

Just like the popular fight between MMA legend Demetrious Johnson and Rodtang earlier this year, Superbon and Tang could be ready to switch between MMA, kickboxing and possibly even Muay Thai.

It would certainly be a spectacle that will pique the interest of fans of any sport.

ONE could make history at Lumpinee Stadium by hosting the first elite-level submission grappling contest at the prestigious Muay Thai Arena.

However, the promotion would need to include the sport’s most exciting athletes to show the flashy fans that ground fighting can be just as intense.

With that in mind, Kade Ruotolo vs. Garry Tonon seems like an ideal matchup.

Both men are known for pushing incredible pace and chasing submissions. After losing to Kade’s twin brother Tye Ruotolo last time out, Tonon would be hungry for redemption while the up-and-coming Ruotolo would be eager to follow his sibling and defeat one of the sport’s icons.

Workers injured while traveling? How Workers’ Comp Should Respond: Risk &…