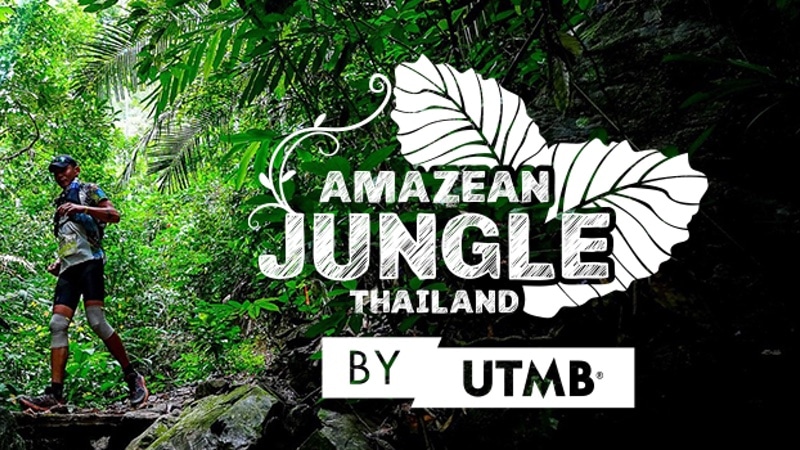 While the inaugural UTMB World Series is in full swing this year with 25 events scheduled for 2022 and thousands of runners around the world registered, the series is already looking ahead to 2023.

The series organization team of UTMB and IRONMAN continues the expansion of the global trail running circuit and has confirmed… “Amazean Jungle Thailand by UTMB is the first of many new events announced for next year, offering runners an adventure through the unexplored jungle of Betong in southern Thailand.”

The new event will be included in the UTMB World Series in 2023. Becoming the second event in the country alongside Doi Inthanon Thailand by UTMB, it will offer runners from Asia Pacific more opportunities to live the UTMB experience and collect Running Stones for access to UTMB Mont-Blanc and the finals of UTMB World Series.

The event takes place in Betong, which is considered a unique destination for a trail running race, deep in the jungle of southern Thailand near the Malaysian border. There are three race distances – 100km, 50km and 25km.

Runners in the 100km race experience a course that takes them beneath the lush forest and through the hidden Piyamit tunnel system built in 1979 by the now defunct Malayan Communist Party to hide from air raids and store supplies. Hot springs and the Intasorn waterfall will also be highlights on the longest race distance.

After a test event in early May, Catherine Poletti, Chair of the UTMB Group, said that Amazean Jungle Thailand by UTMB met all the criteria to become a UTMB World Series event. “At the UTMB World Series, our global events are the best trail running events in the world – but beyond that, they need to be able to showcase the local culture and environment and take place in an iconic location to resonate with and enable runners to do so share the adventure with their families and friends.”

Poletti continued, “The test event earlier this month was exceptional. After that we have no doubt that Amazean Jungle Thailand by UTMB offers something truly unique in trail running and tourism and most importantly the best organizational standards, great courses that showcase the local culture and environment and are organized safely, fairly and sustainably.

“I would like to thank the Sports Authority of Thailand and the Southern Borders Provinces Administration Center (SBPAC) for their commitment to making Betong a destination for trail running athletes from around the world. We are very proud to support their vision of using sport to drive inbound tourism to the region and promote it on the global stage as a tourist destination.”

Amazean Jungle Thailand by UTMB is organized by the same team behind Doi Inthanon Thailand by UTMB, an event centered around the country’s highest mountain that… “takes runners to the rooftops of Thailand.”

Across three editions, the 2022 event has earned its spot as the Asia-Pacific UTMB World Series Major.

The top 10 male and female runners will automatically gain entry to the UTMB World Series Finals and all finishers of the race will be credited with double the number of Running Stones to be used as entries in the Finals lottery compared to other World Series events will.

Entries for Doi Inthanon Thailand by UTMB will officially open on June 8th.

UTMB’s Amazean Jungle Trail is the first new event to be announced for 2023, with other new events also expected in the Middle East, Africa, Europe and South America.

Kingdom eyes an international cooperative for a socio-economic revitalization process