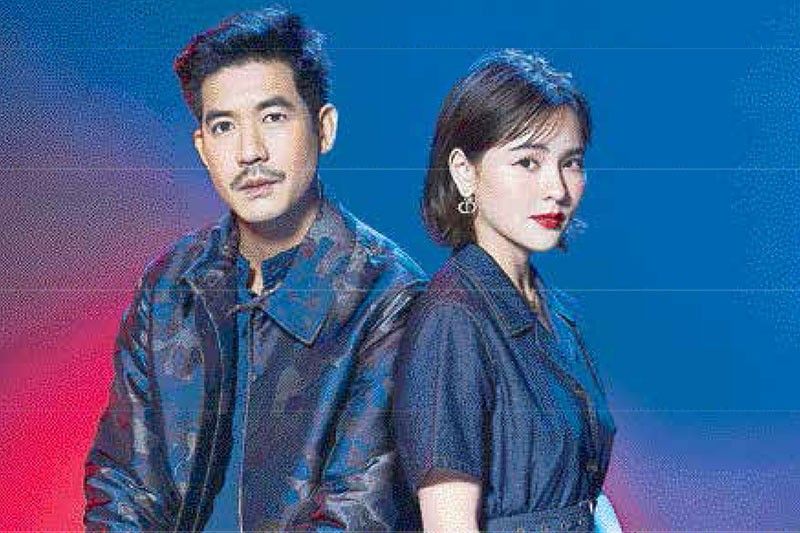 A provincial man makes his way into vibrant city life to reunite with his brother – only to end up in an unexpected tragedy that’s more than it seems.

So Bangkok Breaking starts its action-packed drama, which is now streamed on Netflix, with its first episode, which already shows explosions and a mysterious accident in front of the intoxicating lights of the Thai capital at night.

In the Thai Original Series, shortly after moving from rural Thailand to Bangkok, Wanchai is thrown into the wild world of road rescue when he tries to follow in his brother’s footsteps and join a local emergency rescue volunteer foundation.

But he is also desperately looking for answers and justice. To uncover what turns out to be a city-wide conspiracy and corruption that may involve emergency services, he seeks help from Kat, a top entertainment reporter eager to dive into criminal coverage. With the same goals in mind, they grow close together in their mission to find the truth.

According to showrunner and executive producer Prabda Yoon, the show, Netflix’s second Thai original series, unveils the invisible sides of Bangkok. â€œSomething new for the Thai audience will be storytelling through the eyes of the rescue workers. We’ve seen their vehicles or foundations, but we hardly ever see them live, work, and train. The foreign audience, on the other hand, will learn more about the invisible sides of Bangkok than the Thais. Foreigners usually see the tourist side of Bangkok, but we rarely present such perspectives in this series. You will see streets, lifestyles and jobs that you may never have seen or seen before. “

Weir agreed, saying that “there is a story going on in Thailand that even some Bangkok nationals may not know about.”

The show’s plot, he added, would give foreigners a different perspective on Bangkok. â€œThere are black pages, there are white pages, and (it) will also tell you the story through the little little characters who try to fight for justice and I believe the things that happen in the story do it can happen anywhere in the world. “

As for Aom, the series will show what Thai filmmaking is now capable of. â€œThe interesting thing is that Thailand has never really created a series like this because of the different conditions of the local platforms. But now, through Netflix, we have the opportunity to give ourselves the freedom to create a series that is different from what the Thai people have traditionally done. I think that many different countries can see the potential of the production team in Thailand and show that we are modern and up to date. “

The STAR recently met with the stars of the series for an interview.

Why the show is a must next to the action scenes:

Aom: â€œYou see the different atmosphere, the different lifestyle in Bangkok and what you have to do to survive in a city like this. Maybe you can see the generosity of the Thai people, their pain and suffering. It’s a little sad about how hard you have to struggle to live in a capital that is much bigger than you are. I think you’ll be able to see that, and then you’ll have to choose what to do in it want to see. “

Weir: â€œWhat you will see in this series, besides action scenes, is that you can follow the characters. Each of the characters has their own stories that are representatives of real people who exist in Bangkok and they are the little people. You have to be in Bangkok for various reasons, but at the end of the day one has to wonder, is it possible for someone this small, who has never lived in Bangkok, or even someone who lives in Bangkok, to fight something that you think you can’t overcome?

About shooting challenges and action sequences:

Aom: â€œI don’t think I know the scenes like action scenes or where you have to use different techniques that well. I’ve only ever done romantic comedies and that was pretty exciting. I love to do new things. There is one big scene where there is an accident and I just thought it was funny that I could sit in the car and turn it around like that. I’ve never been able to do something like this in my life … Even if it was difficult, it was still fun. “

Weir: â€œFor me, I had the opportunity to do Thai action series. In terms of the production of Bangkok Breaking on Netflix, it gets even more real. It’s so realistic that I wondered, can I really do this? Fires are burning everywhere, a car is rolling over – I’m in the car – there’s an explosion and I’m around, or even the various things that happen in the teaser, I’ve actually been in those scenes.

â€œIt wasn’t that scary because everything was designed to be safe, but we had to make it look as realistic as possible, so I had to be in that environment as much as possible while it was safe. Since everything revolves around emergency rescuers and the different situations that can happen when emergency rescuers come and rescue people, there are many such scenes. I think when everyone sees these different action scenes, they will be amazed because they are very realistic. “

Aom about the difference from Bangkok based on previous projects:

â€œIt’s so different, that’s one of the reasons I want to take on this project. As an actor, when I keep playing a role that is in my safe zone, I know that people are going to like that character. But I also want to have something new for my fans. That way they can see me from a different side and in a different taste. As an actor, you should be able to take on different roles so that your fan club doesn’t get bored.

â€œBut I would also like to thank my Filipino fans who have supported me with every project – since the series Autumn in My Heart, Full House, Kiss Me, the Filipino fans have always followed my progress. I would like to thank you for that and please also watch Bangkok Breaking, because it will definitely surprise the fans. “

Weir on what the Netflix series means to him after being an actor for 20 years:

â€œI think everyone has talent in the entertainer profession, but it all depends on which channel you can show your full potential on. I’ve been in the entertainment industry for 20 years, probably just like Aom. I’ve been to free TV platforms or even mainstream or indie films. I’ve been able to travel overseas to do (promo) pitches for films, I’ve been able to see different cultures that have big productions, and I thought if one day I can show the whole world more than what I’m currently doing have, that will be fine.

â€œWhen Netflix contacted me, the reason I immediately decided to join was because I wanted to challenge myself and improve myself. I love my job and I want people to see that as actors, no matter what country you are in, we have love and passion for our job and want to do our best.

â€œI don’t just want Thailand to see my potential, I want the whole world to see my potential. Not just for my own sake, but I also want to show that Thais are talented. Thais can do things that inspire you too. I am very excited to be able to work with Netflix. I wasn’t at all worried about how good the production would be. I was sure it would be just as good as Netflix in other countries. I want everyone to keep an open mind and I want you to try and watch Bangkok Breaking, my first series to be featured on this platform and shown in over 190 countries around the world. I hope everyone will like it. “

The large software market will be high in the coming years