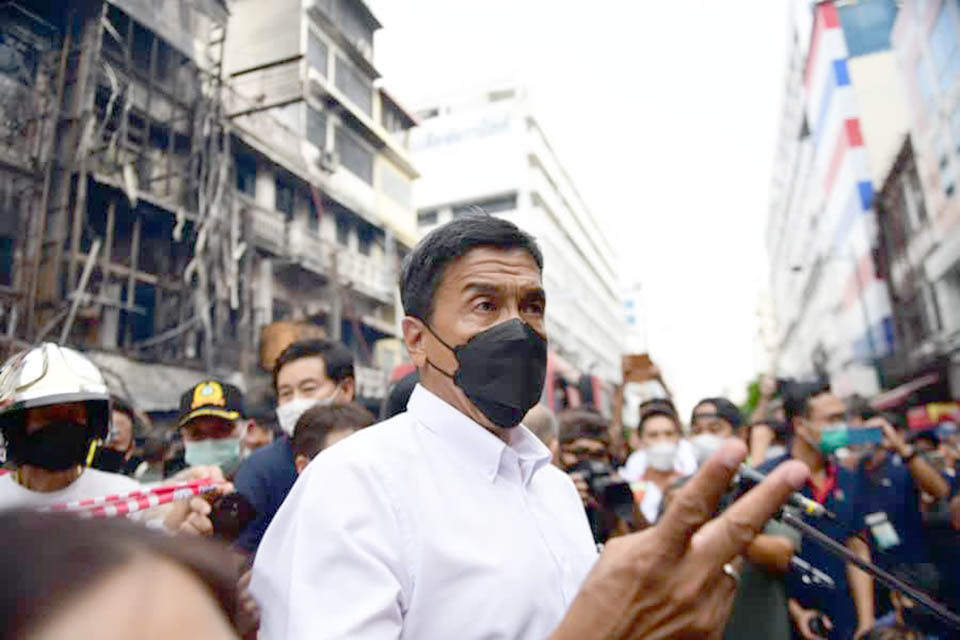 Bangkok Governor Chadchart Sittipunt said an application will be made to the Metropolitan Electricity Authority (MEA) for safety inspections of some 400 power lines and transformers in the capital after two people were killed in Sampeng market on Sunday (June 26). died in a fire.

Chadchart said the Bangkok Metropolitan Administration (BMA) will coordinate with the MEA on the inspections, while the MEA will work with the Metropolitan Waterworks Authority and the police to determine the cause of the fire. He added that the BMA will speed up its underground cable operations and conduct random safety inspections of all buildings to prevent future fire incidents.

The Bangkok governor also urged the public to watch out for faulty transformers and cables, and to notify emergency services immediately in the event of a fire.

According to district officials in Samphanthawong, one of the two victims was a foreign worker. The fire also damaged seven storefronts and three vehicles.

After a preliminary inspection of the damaged area, Engineering Institute of Thailand (EIT) President Thanes Weerasiri said there was no solid evidence the transformer was responsible for starting the fire. However, he did not rule out that the fire was caused by electrical and communication cables near the transformer.

Officials estimated the initial cost of the damage in Sampheng at around 30 million baht. They confirmed that if the fire was caused by the transformer, which had been in service for 20 years and underwent a safety inspection the previous year, the MEA would be liable. (NNT)