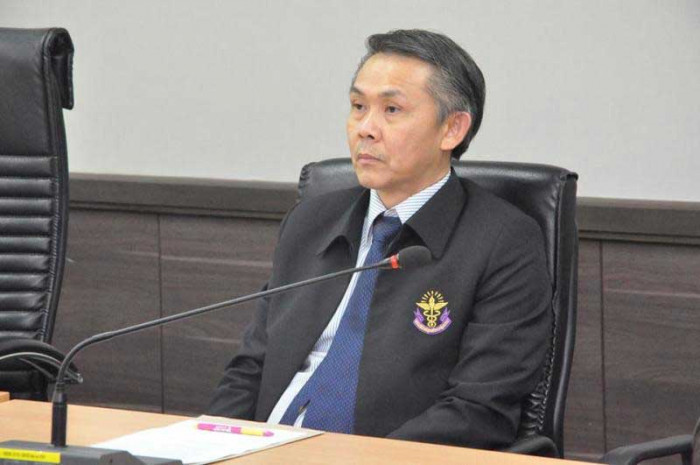 Doctors arrive in the capital amid a surge in cases

Thongchai Kiratihatthayakon, Deputy Secretary of State for Public Health: “Now Bangkok and the surrounding provinces are in a real crisis, patients are dying at home.”

While the government is optimistic about its reopening program in Phuket, health workers in the greater Bangkok area are struggling to deal with a surge in new Covid-19 infections and deaths.

Hospitals have a shortage of beds and intensive care unit (ICU) staff to care for patients in serious condition. The Ministry of Health has mobilized 144 newly graduated doctors from several provinces to help care for patients given the shortage of medical staff in Bangkok. On Thursday there was a welcome event for the specialists in internal medicine, pulmonary medicine, infectious diseases and intensive care medicine.

“I would like to apologize [for calling you to come] and thank you for your help, “said Thongchai Kiratihatthayakon, Assistant Secretary of State for Public Health, during the ceremony.” Now Bangkok and the surrounding provinces are in a real crisis, patients are starting to die at home.

“We don’t want Thailand to be on par with Europe last year, when many patients were allowed to die at home because there were no beds in the hospitals,” he said.

“Some of you may be thinking why you have to be [to be sent]”Said Dr. Thongchai. â€œBecause we really need your help and your principals can see that you are the best. Now [the outbreak] is not manageable, that’s why we want you all. “

With this in mind, more medical staff will be needed to care for the patients, said Dr. Thongchai.

“We have never seen anything like World War II in our lives, but we are now in a war where all countries around the world are fighting to fight this disease,” he said.

“You are our strength.”

He said this was the first time the Ministry of Health needed to mobilize doctors for a special purpose.

“If we don’t do this, many people will die in their homes,” he said. “This shouldn’t be the case in Thailand, we shouldn’t be forced to decide which patient survives and which dies.”

The qualified doctors were vaccinated against Covid-19 and would receive remuneration and allowances according to ministerial regulations, he said.

57 deaths and 5,533 new cases have been reported across the kingdom in the past 24 hours, the health ministry said Thursday.

The second highest daily toll was 53 on Wednesday when the country recorded 4,786 new infections.

Of the cases reported on Thursday, 99% or 5,489 were in the public eye while 44 were among prison inmates.

Bangkok had the most fatalities at 34, while Samut Prakan reported nine, Pathum Thani three, Nakhon Pathom and Nakhon Nayok two each and one each in Chiang Rai, Chaiyaphum, Songkhla, Nakhon Si Thammarat, Narathiwat, Samut Sakhon and Suphan Buri.

Meanwhile, Apisamai Srirangson, deputy spokeswoman for the Center for Covid-19 Situation Administration, said an exodus of workers from closed construction sites in Bangkok had led to an increase in infections found in 32 provinces.

“This is causing the provinces to issue strict instructions for local people and officials to be on high alert,” she said. “People are not prohibited from returning home, but they must behave responsibly towards their loved ones.”

Fact box news on the worldwide spread of the coronavirus