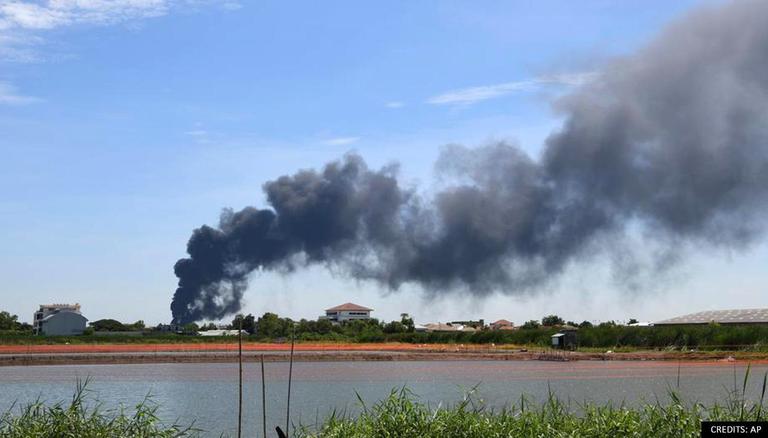 A video of the aftermath of a massive explosion at a chemical plant on the outskirts of Bangkok went viral. The footage captured the force of the explosion, blowing up the windows and splitting glass across the street. The deafening noise of the explosion caused Bangkok’s main airport terminal to evacuate the area.

The entire area was lit shortly after the windows were broken, likely as the fire rose into the sky above the clouds of smoke at the site of the explosion, according to CCTV footage of the July 5th explosion.

When the video of the explosion was uploaded on a Youtube channel, people started commenting on the intensity of the explosion. WildHaifa, a user, said, “Oh, I hope nobody got hurt.”

Another commenter, dm7097, pondered how awful Thailand’s building codes could be. “I mean, the whole window (frame and everything) literally fell out of the wall !!”

It took the fire brigade more than 24 hours to get the explosion under control in Bangkok. A top view of the site of the explosion, posted on the official Twitter account of the Bangkok Post, an English-language daily newspaper in Thailand, showed nothing but rubble.

A Bangkok Post official Aree Thongboonrawd said she heard “a big bang” and thought it was “a giant lightning bolt.” She even mistook sirens for a “plane crash” when she heard them.

At least 45 people were injured in the explosion, including firefighters. When the fire burned, the rescuers had to evacuate 2,000 residents to temporary accommodation.

Everything you need to know about reopening Phuket to international tourists, Lifestyle News