In the studio with Meg Caslake and David Pedler

The two settled in Stepney four years ago after deciding to move to the suburbs after more than a decade, divided between their house and studio in Uraidla and Pedler’s ceramic workshop in Moonta. After 29 years together, consolidating their lives and practices required a special space.

“We needed light industrial for what we do, so it was kind of perfect,” he says of her house and workshop, which are spread across two buildings on the same property. “It had everything: a house, a job and one Garden.”

“This is the first time that we have ceramics and glass on the same site,” says Caslake. “We always tried to keep it separate because glass and clay don’t really mix.”

In this former chocolate factory, they found a space – and an adjoining home – that seemed perfectly tailored to their creative needs and lifestyle. “That means there are sinks everywhere, three-phase current, gas pipes, air conditioning in every room,” says Pedler. “Everything was there – we were really lucky.”

“And double bricks,” adds Caslake. “It was built specifically for a chocolate factory to keep everything cool.”

The oven is at the heart of Caslake and Pedler’s studio operations. Photo: Aubrey Jonsson

Which leads us to the burning heart of the company, an oven they call “Don”.

“It had a long life, it developed somehow – like grandpa’s ax, as they say,” explains Caslake.

“When we built it in the hills, we fired it for the first time on the day Don Dunstan died, which was a sad day,” she says, pointing to the impact the former Prime Minister has had in starting the JamFactory among other things on their work had other initiatives. “So we called it Don – then it became Donna for a while because it was being remodeled.”

Local life allows the couple to bunker for 10-day marathon sessions of non-stop work when the stove is lit.

“We turn it on, slowly heat it up, work for 10 days, then turn it off and do the work,” explains Pedler. “That keeps the costs low, because the operation is quite expensive. We have to live on the construction site because we load the furnace at midnight and check it constantly and you just have to be there. “

“And it’s all consuming and very intense,” adds Caslake.

“Once you are in this cycle, to get up at 6am to start emptying the kilns, and your last load was at midnight, you are in the this cycle and you work all day. “ 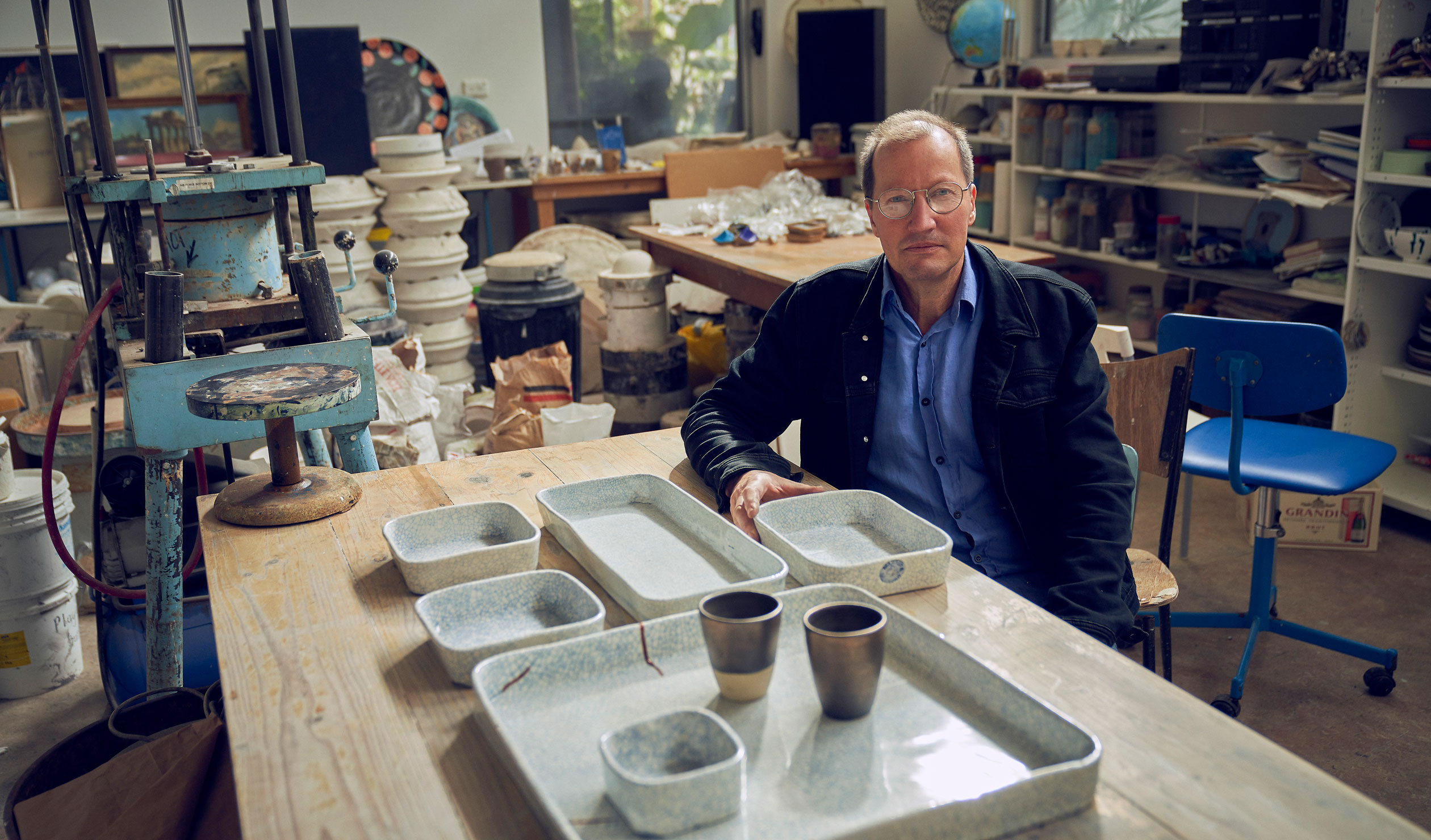 David Pedler with some of his ceramic works in the studio. Photo: Aubrey Jonsson 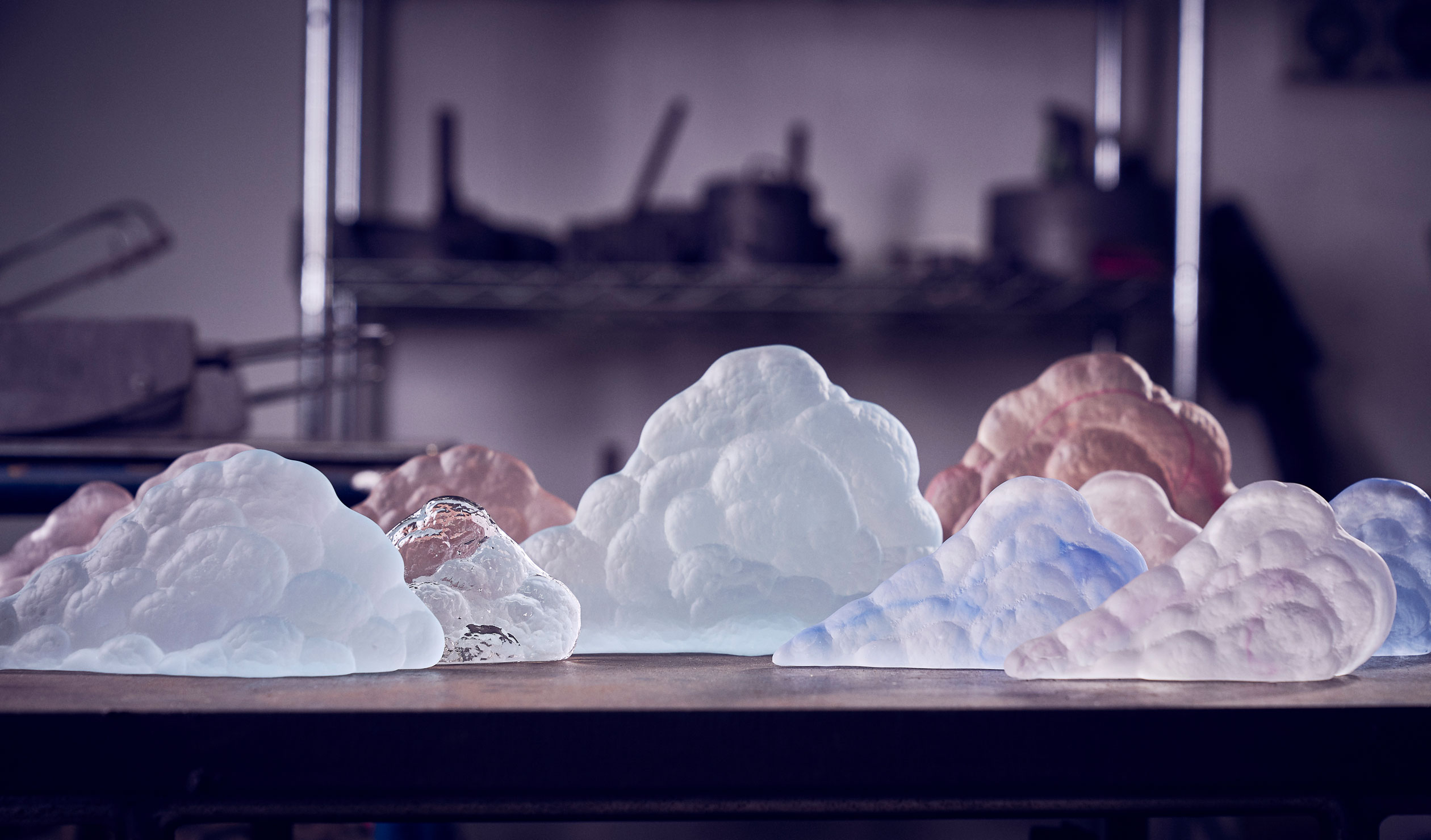 Colored Clouds: The lifestyle of sea, surfing and beach is the inspiration for the couple’s offer of waves, clouds, seashells and sea shells. Photo: Aubrey Jonsson

To round off their work, Pedler has surrounded their work and living spaces with greenery, from a front garden full of lemon trees, horseradish, spinach and broccoli to the driveway lined with vines and banana trees, where the two receive glass deliveries per ton.

“This was apparently a nice nursery and house before the factory went up in the back,” says Caslake. “The neighbors said it was all fruit trees and vegetables; they grew all of their food themselves. “

Today the garden looks like it could support the couple by Don’s side for one of those long weeks. But they have also made sure to create a small ecosystem for native wildlife to call home – a reversal of the prevailing trend, splitting old suburban blocks and large sprawling gardens to create desolate townhouses.

“We want to be an animal-friendly place,” says Pedler. “We feed the birds – every morning there are magpies, cockatoos, hair-knot pigeons – and we have lizards in the garden.”

Caslake and Pedler seem to have found the sweet spot – even without chocolate. 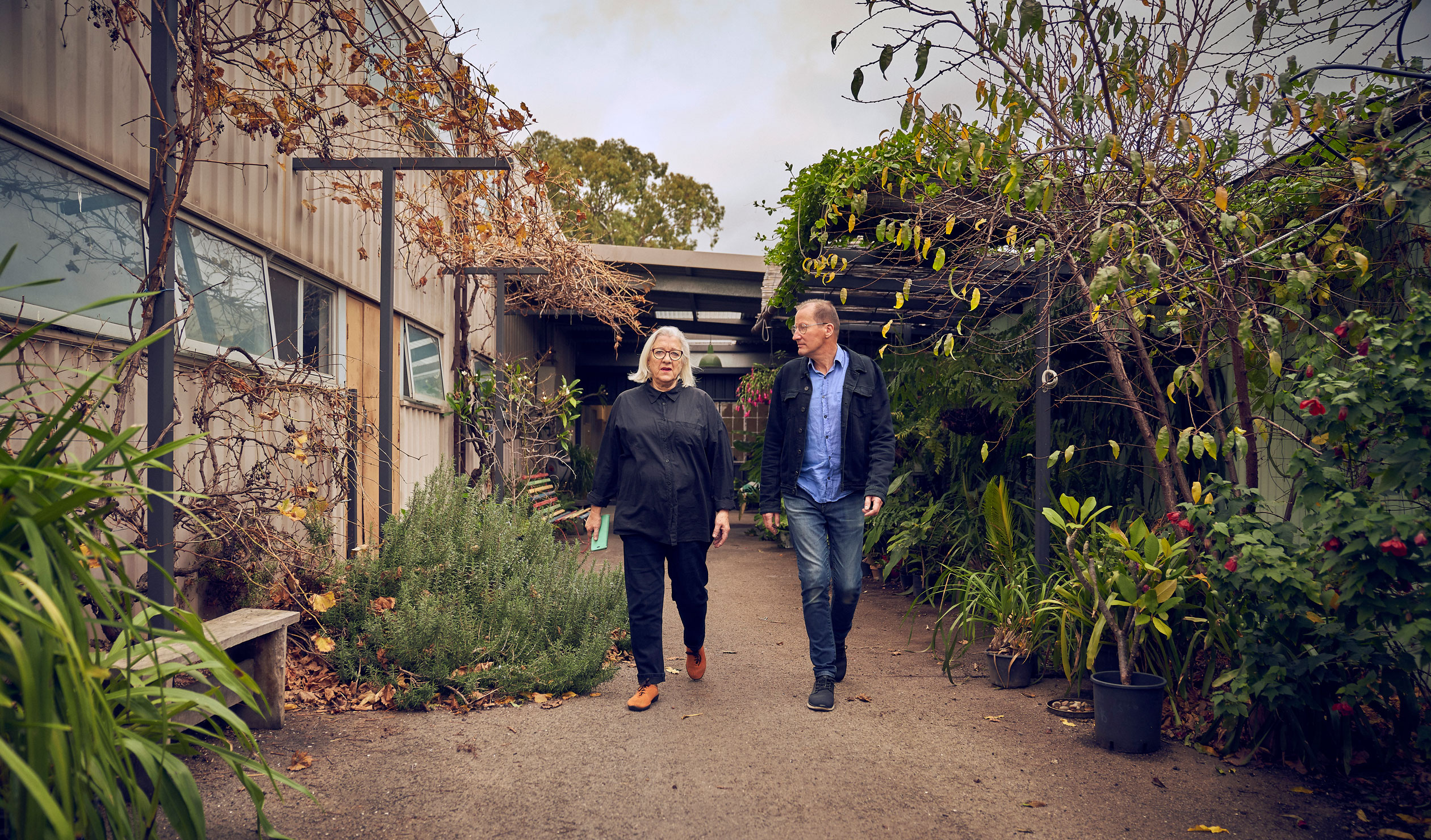 You can read more about the practice of Meg Caslake and David Pedler and see examples of their glass and ceramic work on your website.

In the Studio is a regular series presented by InReview in partnership with a non-profit organization Guild house. The series tells interesting stories about South Australian visual artists, artisans and designers and offers insights into their artistic practice and a look behind the scenes of their studios or workspaces. Read our stories so far here.

InReview is a groundbreaking publication that provides local and professional coverage of the arts in South Australia. Your tax-deductible donation will benefit this independent, non-profit art journalism and art critic.

This article is supported by the Judith Neilson Institute for Journalism and Ideas.