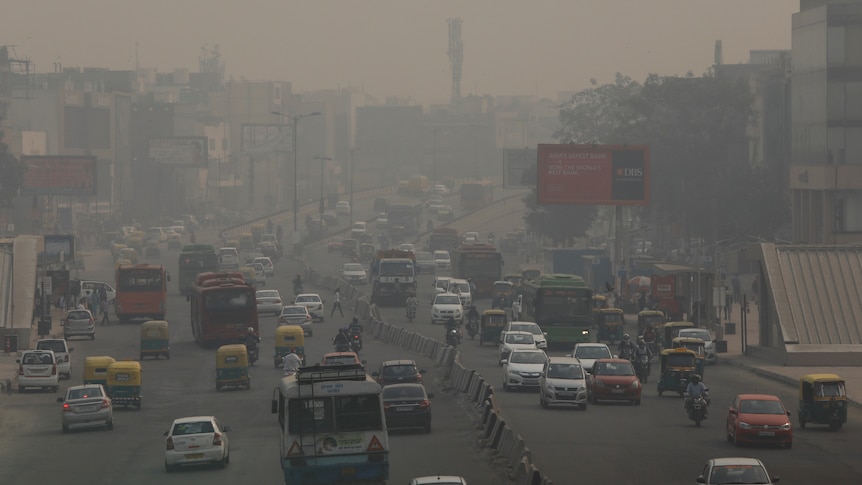 As India’s capital New Delhi prepares for winter – and its accompanying season of biting smog – the government is promoting a motorcycle helmet with filters and a fan on the back that is said to be able to remove 80 percent of pollutants for the person breathing in it.

State authorities have pumped thousands of dollars into Shellio’s Technolabs, a start-up whose founder Amit Pathak started work on the helmet in a basement in 2016.

That was the year of the first headlines about the dirty air that makes New Delhi all but unattractive from mid-December to February, as the severe cold blankets dust, vehicle exhaust and smoke from burning crop residues in nearby states.

“In a home or office, you could have an air purifier,” said Mr. Pathak, an electrical engineer.

“But the guys on the bike have no protection at all.”

So his company designed a helmet with an air purification unit, equipped with a replaceable filter membrane and a fan powered by a battery that runs for six hours and can be charged via a micro USB slot.

A 2019 review seen by Reuters shows the helmet reduced levels of lung-damaging PM2.5 particles in the air to 8.1 micrograms per cubic metre, down from 43.1 micrograms outdoors.

Affordability the next big hurdle

India’s Science and Technology Ministry says the helmet offers “a breath of fresh air for bikers”.

That’s perhaps not a moment too soon in a country that last year was home to 35 of the world’s 50 most polluted cities.

Mr Pathak sees a huge opportunity given the annual demand for 30 million helmets, but declined to reveal his production or sales figures.

The helmet went on sale in 2019. But each helmet retails at 4,500 rupees ($82), or nearly four times that of a regular helmet, making the device virtually out of reach for many riders in India.

As the 1.5 kilogram weight is heavier than existing devices, Shellios has teamed up with a major manufacturer to develop a lighter version, made from a thermoplastic material instead of fiberglass, a move that also lowers costs.

The new version should appear in a few months.

Mr Pathak said the company has also attracted interest from Southeast Asian countries such as Malaysia, Thailand and Vietnam.

Workers injured while traveling? How Workers’ Comp Should Respond: Risk &…