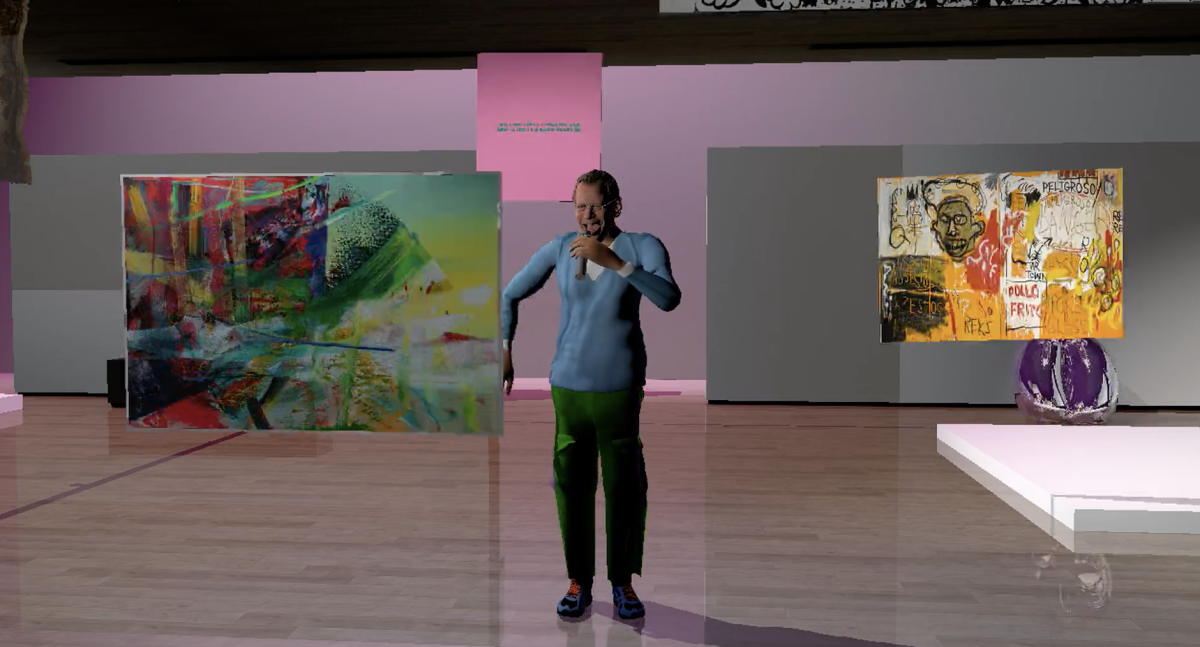 Yayoi Shionoiri, an arts attorney, spoke to Kenny Schachter, an artist, curator, writer and NFT advocate, about the importance of NFTs in the ongoing evolution of the art world.

American artist Kenny Schachter (1961-), currently based in New York, has been creating works of art, organizing exhibitions in museums and galleries and teaching at universities for more than 30 years. Art attorney Yayoi Shionoiri spoke to Kenny about the NFT boom and its impact on the art world. 【Tokyo Art Beat】

──Thank you for taking the time to talk to us. To dive right in, you’ve dubbed your artistic practice with NFTs “NFTism.” NFTism seems to be a substitute for many things. Of course it refers to the name of the token associated with your PFP project, CryptoMutts (＊), but it also seems to represent a generosity of spirit and a form of contemporary digital conceptual art that is schismatically different from other forms. What do you intend to mean by the term NFTism?

It’s all of the above and more. To me, NFTism is simply the people involved in the community and the creative work that comes from the connections between them.

But let’s take a step back. Shortly after I got started in the art world in the 1990s, there was a deep recession in the United States and it was a terrible time to be trying to make a living. But it was precisely during this time that some of the most beautiful and valuable moments of my artistic career took place. I did these short-term exhibitions in various locations before the term “pop-up” even existed, featuring artists like Vito Acconci, Cecily Brown, Wade Guyton, and Andrea Zittel. It was just art for art’s sake. There was no market for these works, and we never dreamed of it.

So I filled a gap in New York by curating a whole series of exhibitions on my own initiative, at a time when there really was no other way for an artist to break into the art world.

──How does the digital come into this community?

There was a time in the contemporary art world when artists needed to send physical slides to art professionals. Then there was the advent of social media, which eliminated the need for that kind of physical back-and-forth. Social media allowed artists to blur geographic boundaries to communicate a visual image, and suddenly they had the ability to reach new audiences — whether they were based in Asia or Africa or anywhere else in the world. Many artists were discovered this way but still had to rely on an antiquated, conservative system to sell their art.

NFTs changed that part of the equation because they allowed artists to directly communicate and engage with an audience. And again, it’s not about the money — the average NFT sells for $15 or $25. Even as technology advances, I don’t think this form of direct communication between artist and audience will go away.

Going back to your original question, NFTism represents all creators gathered in this digital community, whether they are mathematicians, programmers, or filmmakers. It’s an ethos that encourages exchanges between people, with people helping each other in a way I haven’t seen since the early ’90s.

──Do you think the crypto art community will ever make friends with the traditional art world?

Of course. It’s already happening! I mean, there are established artists like Bjarne Melgaard, Tom Sachs and Roe Ethridge – they all started exploring NFTs. They’re the exception for now, but they’re also an example of organic, incremental cross-pollination between worlds.

──Do you see resistance to NFTs in the traditional art world?

──Are auction houses becoming a new form of gatekeepers in the crypto art and NFT art community? Is there a difference between the NFT platforms that curate the NFTs on their platform – or is it the same as Christie’s that sells NFTs?

But for NFT art, I also believe it’s a matter of self-creation. The efforts of the individual artist are important. It’s a change from previous iterations of the art market because there are more opportunities to create yourself out of whole fabric than there used to be. Developers have decentralized ways to access and build their own audiences through social media platforms like YouTube, Instagram, TikTok, and Twitter.

Because of this, all traditional players in the art world – galleries, auction houses, art consultants – must be open-minded, flexible and adaptable.

I know brilliant artists who do incredible NFT work under $50 like Sarah Friend, a great artist from Berlin. She studied painting and then taught herself programming. She works on community-based projects focused on universal income and equal pay. She is also very environmentally conscious and mints her NFTs on more energy efficient blockchains.

Kevin Abosch is someone who has been involved with crypto for a long time – he’s really smart and I like him and his practice. Finally, Rhea Meyers examines NFTs as a medium, including considering how intelligent the “smart contracts” actually are. For someone like Meyers, the NFT is art.

The problem is that much of the hype surrounding the recent NFT boom and bust stems from the inflow of large amounts of capital to purchase digital images of penguins and cats, and it feels like the art world is being dumbed down. I always say I got into art to run away from the business, and then the art world got bigger than the business I ran away from.

──So how are we supposed to work our way through this noise to find effective art?

It’s like everything. You gotta put the work in. Anyone can do it just like me – watch, learn and get the job done. And for me it would be a cool legacy if I could help open doors for others by sharing my successes and failures to inspire and support people.

──You have become an influential voice supporting NFT artists. Is it important to you to have physical representations of your NFTs?

100%. Because I think art is visceral, and even digital art has a physicality. Nothing replaces the experience of seeing art – and when viewing digital art, looking at a giant video monitor is far better than experiencing it through a small phone screen.

In this new medium, it’s exciting to share NFTs with the traditional art world audience – whether through my physical exhibitions at Galerie Nagel Draxler, like “Metadada”, or through one of Japan’s first auction house-led NFT auctions. NFT in Contemporary Art History: A Curated Sale by Hiroki Yamamoto SBI Art Auction where I sold my Money Money Money video. None of these target groups are mutually exclusive for me.

──Let’s talk about your CryptoMutts PFP project. There are 10,000 randomly generated images of humans and humanoids, each with different characteristics, and when you ‘adopt’ a CryptoMutt, the owner gets access to an ‘Art Club’ you run, including direct communication with you via a very robust Discord channel .

I didn’t expect to sell even five of the CryptoMutts, but about 9,000 of them were sold in the first 90 minutes of listing. That could have been a coincidence, or it could have been because I was involved early on. A lot has been traded – since September 2021 worth over 800 ETH. Each CryptoMutt is not expensive, but I do receive a small royalty from secondary market trading.

But as David Bowie said in the late ’90s, the Internet has changed the relationship between artists and audiences – almost merging them. Sometimes when I’m in the Discord channel I get slammed by CryptoMutt owners who paid $80 for it and think they own my soul! I also get negative feedback from the traditional art world, so I guess it’s not that different – ​​it’s part of being in the public eye.

──How do you stay on course and keep going when you’re getting negative feedback?

I’m not going to lie – it gets very hurtful because I’m listening to criticism.

I don’t really know what’s next for the CryptoMutts. In fact, I don’t even know what I’ll be doing in six months. What I do know is that I created this CryptoMutts project – it’s become like a kid and a part of my life. So whatever I do, it will stay with me.

After creating CryptoMutts I keep trying to create more value for the community. I’ve done free airdrops from other NFTs, created the NFTism token, and given away over 300 t-shirts – sending them to members of the CryptoMutt community around the world. It was really nice to realize that there is a community that has come together from all over the world – connected through these digital NFTs.

NFT technology has enabled an easier and more tangible way to allow an audience to directly support artists who have a conceptual practice. To that end, CryptoMutt holders are involved with my career. You have a stake in my future as an artist.

＊──CryptoMutts is a collection of 10,000 randomly generated NFTs on the Ethereum blockchain. By “adopting” a CryptoMutt, buyers gain access to the first “NFT Art Club” run by Kenny Schachter and receive 100 $NFTism tokens for every CryptoMutt they mint. The $NFTism tokens can be exchanged or traded on Uniswap.