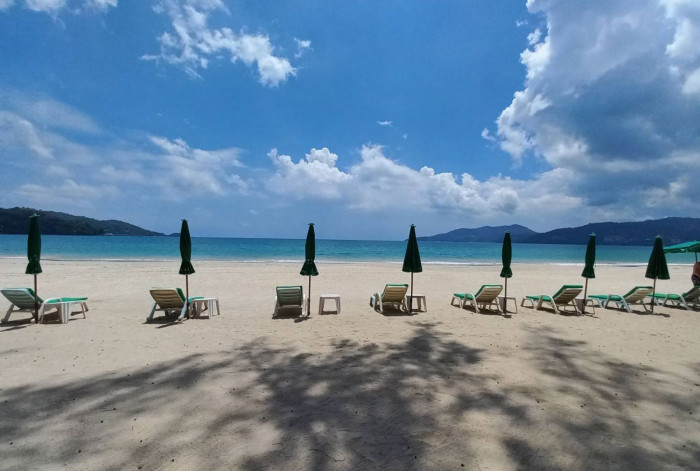 Most disagree with the country reopening in 120 days: poll

Empty chairs on Patong Beach in Phuket could be filled with foreign tourists after the island province reopens next Thursday. (Photo: Achadthaya Chuenniran)

According to a poll by the National Institute of Development Administration or Nida Poll, a majority of people disagree with Prime Minister Prayuth Chan-o-cha’s announcement that the country will reopen in 120 days amid the ongoing Covid-19 pandemic.

The survey was conducted from June 22nd to 25th via telephone interview with 1,311 people aged 15 and over with different educational levels and professions across the country.

The results were broadly similar to those of Suan Dusit Poll.

When asked if they agree to the announcement, a large majority – 73.46% – disagreed. Of them, 53.55% disagreed completely, arguing that the country shouldn’t risk taking in foreigners while the pandemic was not under control, adding that the reopening should be postponed until most of the people in the country are vaccinated are; 19.91% disagreed moderately and said they do not trust government preventive measures.

On the flip side, 26.01% agreed – with 12.43% overall they agreed, saying it would boost the economy and revitalize tourism-related businesses, while 13.58% agreed with moderate support.