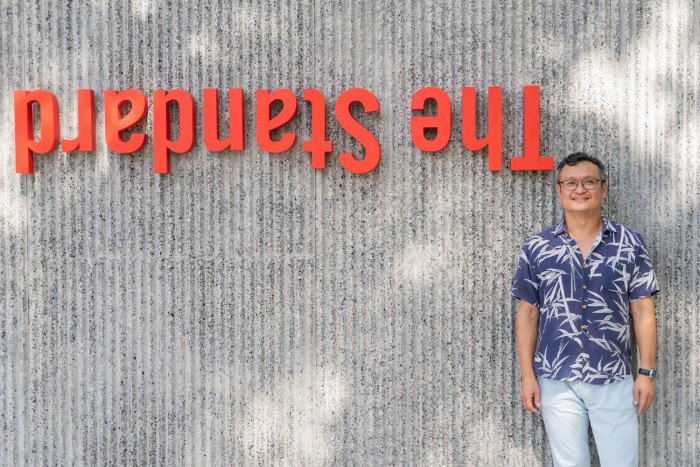 Mr Uthai said Standard International’s revenues will rise from 500 million baht during the pandemic to around 1 billion baht in 2023.

Developer Sansiri Plc, listed on SET, expects hotel income to return to pre-Covid levels in the next few years, while The Standard Hua Hin, which will open next month, is aiming for 60% occupancy in the first 12 months of operation.

Uthai Uthaisansuk, Sansiri’s chief operating officer, said revenues of Standard International, the U.S. hotel company in which the company has a 62% stake, will decline to around 1 billion baht in 2023 after falling during the pandemic dropped to 500 million baht.

“By 2023 we will have more hotel operations including Ibiza, Lisbon, Milan and Singapore, while the global tourism market will recover within two years,” he said.

In Thailand, the first The Standard brand hotel is being built in Hua Hin, where Sansiri has already developed 25 condominium projects with a total of more than 4,000 units over the past three decades.

In May 2022, the company will open The Standard, Bangkok Mahanakhon with 155 rooms, owned by the King Power Group.

Sansiri is also in talks with landlords in Phuket and Koh Samui to expand this brand to the next location.

This year an occupancy rate of 40-50% should be reached before it will increase to 60% in the next year.

“The tourism market in Hua Hin has recovered since September as the region relies more on local travelers than other travel destinations,” said Uthai. “It is the best destination to open the first beach resort in Southeast Asia under the The Standard brand.”

Spending 800 million baht excluding land charges, the 1950s-style hotel is on 15-rai property leased from the Kridakon family to Sansiri.

The company expects to break even within 10 years, added Mr. Uthai.

“When the occupancy hits 70-80%, which is likely in the next few years, we’ll sell it to a real estate fund,” said Uthai. “Token is another option that we are exploring.”

According to the Thai Tourism Authority, a total of 1 million international incoming travelers will spend between November 2021 and March 2022 at an average of 60,000 baht per capita.

Meanwhile, around 44% of Thai tourists, particularly from Bangkok, planned to travel this year, mostly to nearby destinations.

Sansiri has been invested in Standard International since 2017. The goal is to generate 500 million baht in revenue from the hotel business in the next year.