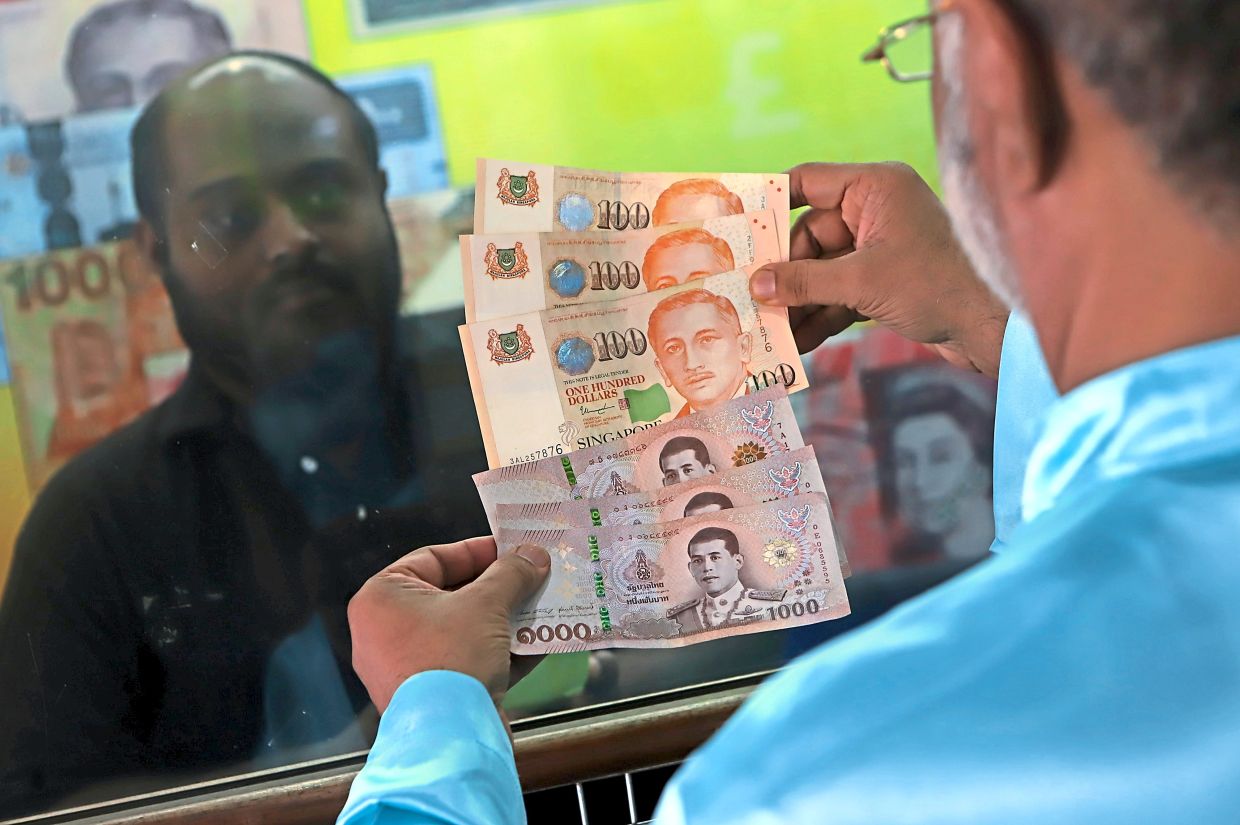 GEORGE TOWN: The Thai baht and Singapore dollar have become the most desirable foreign currencies for Malaysians since April, when international borders reopened, an indication that most locals travel to these two countries.

In addition to the two currencies, the Australian dollar, the euro and the British pound are also in demand.

Money changer Keyasudeen Mohd Furuskhan said most of his customers who buy the baht want to go on vacation, while those who buy the Singapore dollar mainly use it to visit family in Singapore or for educational purposes.

He also said that although the ringgit exchange rate is bad now, the prospects for currency exchange, particularly for European countries, are expected to improve by the end of the year as the Covid-19 situation improves around the world.

Another money changer, Sahul Hamed Jagabar Maricar, said most of his customers are interested in the ringgit exchange rate to currencies like the baht, the Singapore dollar and the rupiah.

“This suggests that people have plans to travel abroad,” he said, adding that the currency exchange business is also gradually picking up, although it is still far from the pre-pandemic situation.

Asked if people would exchange currencies for health travel, Sahul said an Indonesian customer brought 30 million rupiah to be exchanged for RM9,000.

“He told me it was for his treatment at a private hospital here,” he said, adding that transactions with other foreign currencies are a bit slow.

“Indonesian citizens in particular will become the main players in forex trading once they come here for medical treatment,” he said.

He said that would take time, however, and expects the situation to return to normal only next year.

He added that Chinese tourists are also happy to seek medical treatment in the country, but China’s international borders are still closed.

“But it will take time to get back to how it was before the pandemic,” he said.