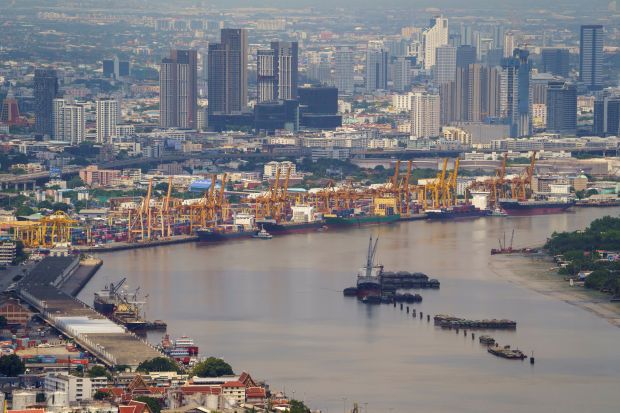 BANGKOK: Thailand’s economy was increasingly affected in July by the country’s worst Covid-19 outbreak and tighter restrictions that lasted into August, but fiscal policies and exports offered some support, the central bank said yesterday.

The country’s containment measures were imposed in July and August in Bangkok and other areas, which account for around 80% of gross domestic product.

But some will be eased starting today to help a weakening economy as new infections decline.

In July, the impact of the Covid-19 outbreak on the Thai economy became more apparent with weaker consumption due to the restrictions, the Bank of Thailand (BoT) said in a statement.

Economic activity faced the same pressures as well as supply disruptions in August caused by factors such as labor shortages and outbreaks in factories, Senior Director Chayawadee Chai-Anant said in a briefing.

“While the easing of the curbs from tomorrow (today) will allow activity on people’s spending to resume, we’ll have to wait and see how confidence improves,” she said.

However, the easing was factored into the BoT’s base GDP growth forecast of 0.7% this year, she said.

The BoT will release its new economic forecast on September 29th when it also reviews interest rates.

In July, private consumption fell by 5.3% compared to the previous month and private investment fell by 3.8%, while tourism still had to recover.

US Pentagon Continues to Refuse Service Dogs Left in Afghanistan –