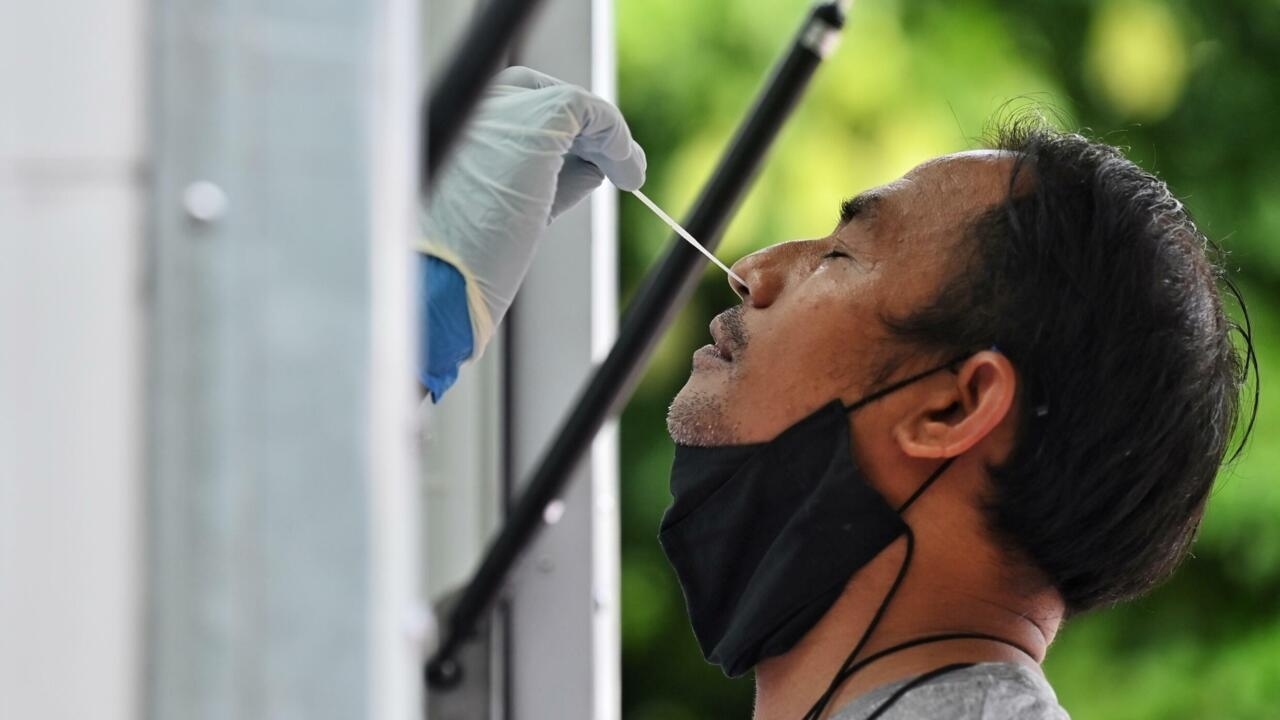 Thailand is imposing stricter Covid-19 curbs, including the Bangkok curfew

The Thai authorities announced on Friday a seven-hour night curfew in the capital Bangkok and nine provinces, as well as stricter restrictions to contain the spread of the coronavirus.

The kingdom recorded 9,276 new daily cases and 72 deaths while battling a severe third wave of infections that began in April.

A curfew will begin on Monday from 9 p.m. to 4 a.m. and people are supposed to work from home.

The announcement affects the capital with more than 10 million inhabitants as well as surrounding and southern provinces.

“We apologize for the difficulties faced by people living in areas of maximum restrictions, but this will be effective in helping the disease fight. Thailand will be victorious, ”said Apisamai Srirangson, deputy spokeswoman for the task force.

Residents are not allowed to gather in groups of more than five people, while public transport is closed every night from 9 p.m.

Supermarkets, restaurants, banks, pharmacies and electronics stores can remain open, but other stores must close.

Shopping centers have to close by 8 p.m.

In April last year, the government ordered a nationwide curfew, but Thailand spent most of 2020 without much community broadcast.

A year later, the number of cases is rising and the government is facing heat because of the slow adoption of vaccines, limited testing capacity, and questions about its economic management.

Thailand’s economy has suffered the worst development since the 1997 Asian crisis.

Prime Minister Prayuth Chan-O-Cha announced on Friday that he would be giving up his salary for three months.

On the previous Friday, the anger boiled over in two free test clinics in Bangkok. Hundreds of people had queued for a morning swab in the rain from 10 p.m. on Thursday.

“We haven’t slept, and it’s been raining for three or four hours and we have to sit with the umbrellas unfolded,” Tai, 47, told AFP in front of the Buddhist temple Wat Phra Si Mahathat.

“Thailand has always been like this. There is no responsibility,” said another man outside of the Mahanak market test.

The restrictions come as the kingdom tries to reopen as a tourist destination.

Tourism accounts for nearly 20 percent of the national income and the industry is on its knees due to strict border restrictions and strict quarantine measures.

A pilot project to offer vaccinated travelers a quarantine-free vacation started last week on the popular holiday island of Phuket, but so far arrivals have been limited due to bureaucracy.

Hotel chains are cautious about expansion