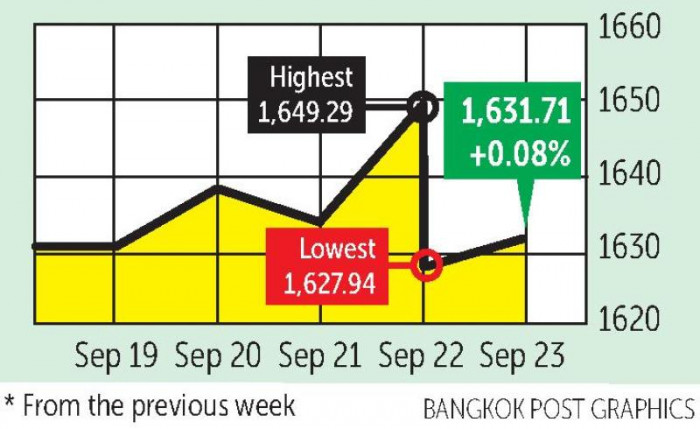 Despite the challenges, analysts believe Thailand’s stock market will benefit from an improving economic outlook as the Covid threat recedes and tourism continues to pick up. That should help support medium to long-term inflows and ease pressure on the baht.

NEWS MAKERS: The US Federal Reserve has lowered its growth forecast for the world’s largest economy from 1.7% in June to just 0.2% this year. It announced the revision after presenting its third consecutive 75 basis point rate hike and warning it was far from complete. The policy rate is now expected to hit 4.4% by year-end and 4.6% in 2023, the highest since 2007.

ARRIVES: Investors this week will be assessing the results of Sunday’s Italian elections, which are expected to bring a far-right, Eurosceptic party to power. Economic data includes the German business sentiment index on Monday, as well as US durable goods orders and new home sales on Tuesday.