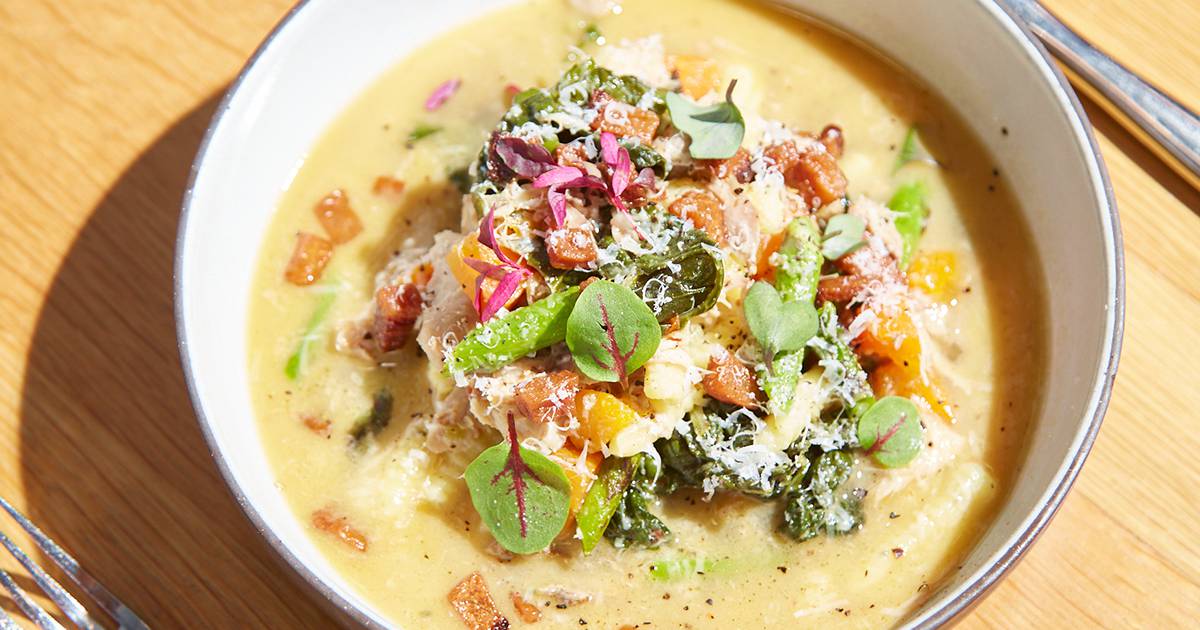 Where to eat this week

Dame is perhaps the most wonderful, underrated restaurant in Portland. The intimate Italian dishes served there nourish the body and uplift the spirit. His Executive Chef, Patrick McKee, is an exemplary talent, leader and person; the kitchen and ground staff reflect a constructive culture; and the food is just outstanding. When you go, order pasta, the pinnacle of McKee’s creativity and skill in the kitchen. Typically, half a dozen noodles are freshly prepared daily, and each dish is the product of a meticulous flavor creation technique. Portions are generous, but order greedily; these noodles are virtuoso performances.

As the child of a naturopath and herbalist, Tai Pfeifer grew up eating fresh and wholesome food and was determined to incorporate this into his slow fast food. The Yes Please Smash Burger is grass-ready (as opposed to “grass-fed,” a term that still allows grain consumption), and until recently Pfeifer ground the meat himself using a mix of brisket and heart. He also makes his own American cheese using real cheddar, which doesn’t have the dozen or so ingredients you’ll find in Kraft Singles. It’s also actually a cheese sauce that’s poured directly onto the burger during cooking, resulting in an almost fricolic crispy, crunchy cheese halo.

The rocket ship Earl has catapulted back into the sky. Phuket Cafe, located in the compact former Ataula compound in northwest Portland, is Akkapong “Earl” Ninsom’s newest restaurant and co-venture with bartender Eric Nelson. After barely a month, the wait for Ninsom’s new, twisted take on Thai cuisine, a niche he owns, can be long. Describing the menu is a challenge, but it reflects the couple’s recent travels in Thailand and includes everything from oysters on the half shell to bacon bites to paella and a gorgeous pork chop — a massive 18-ounce tail & Trotters cut, from which the bone is cut for service.

For the first time since the pandemic began, RingSide will be open seven days a week. The legendary steakhouse remained closed on Mondays and Tuesdays after returning to serving indoors, but let’s face it: sometimes you really have to carve into a dry-aged bone-in rib eye to start the week off on the right foot. The $48 3-course prime rib special has returned to its regular Monday spot, and June happens to be National Steakhouse Month, giving you another excuse to stop by.

Bluto’s, named after John Belushi’s hard-partying character in animal shelter, comes from Lardo and Grassa mastermind Rick Gencarelli and restaurant group ChefStable. Like Lardo and Grassa, it caters to that edgy, fast-casual niche, with counter service and mid-range prices that belie a genuinely tasty cuisine. Bluto’s portion sizes are perfect for sharing, so setting a table with a variety of dishes and letting the flavors mingle is the way to eat. The tangy citrus and sour labneh in the chicory salad is meant to be eaten between bites of the savory skewers and the hummus scooped up with flatbread.

A closer look at the votes in the city council